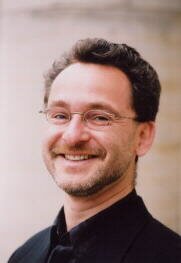 Heiner Schindler was born in Meerane, Saxony, in 1961. He studied piano and clarinet at the Robert Schumann Conservatory in Zwickau. It was there that he gave his first solo performances and won the Robert Schumann Junior Competition. He continued his studies with Prof. Ewald Koch at the Musikhochschule "Hanns Eisler" in Berlin. After winning second Prize at the Prague Spring Music Festival in 1986, he became principal clarinetist with the Staatskapelle Berlin. Schindler has played as soloist and orchestra soloist with numerous well-known German orchestras. He is a founding member of the Wind Quintet of the Staatskapelle Berlin, as well as a player with other chamber groups.
He is active as a teacher and mentors students of the Orchestra Academy of the Staatskapelle Berlin.